A month earlier, on November 1st 1914, at the Battle of Coronel – Von Spee’s ships sink two British cruisers with 1,600 sailors losing their lives

The victory was revenge for a heavy defeat inflicted by Vice-Admiral von Spee on a Royal Navy fleet off the coast of Chile, at the Battle of Coronel, a month before, on November 1st 1914.  In that action von Spee’s fleet sank two British cruisers, killing around 1,600 Royal Navy sailors, including the fleet commander, Admiral Christopher Craddock. It’s said that only three German sailors were wounded in the action. 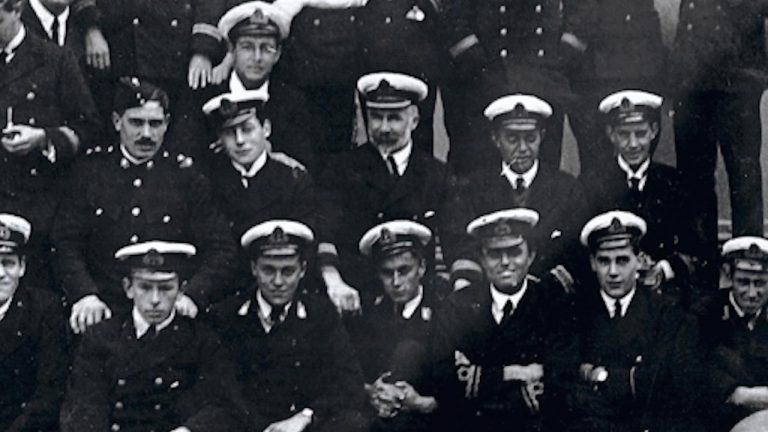 “Coronel was The Royal Navy’s worst defeat in a hundred years.”

December 8th has therefore become one of the most important days of the year in the Falklands and is marked by military parades, the laying of wreaths and a public holiday. Over the years, it has become an occasion when Britain and Germany come together in Stanley to remember the losses of both sides.  In 2020, of course, Covid 19 has intervened, especially in London, where there is usually a commemorative event at the Cenotaph organised by the Falkland Islands Association.