On this day in history – 17th February 1936: ‘Lady Elizabeth runs aground’ 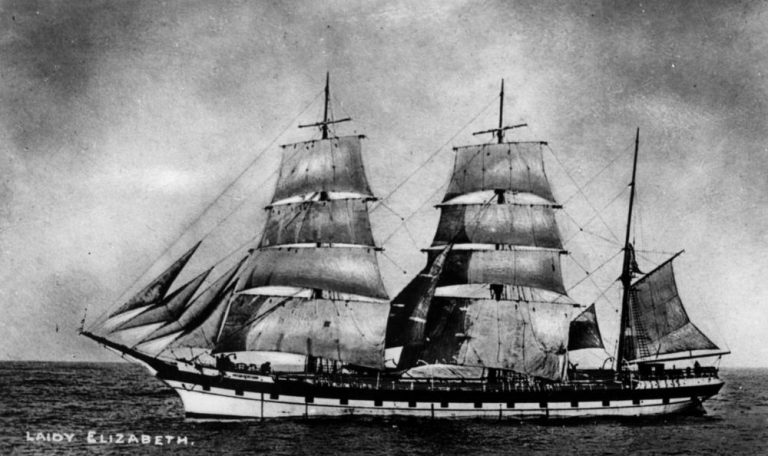 The British-built, Norwegian-flagged Lady Elizabeth drifted into Port Stanley’s Whalebone Cove after breaking her harbour lines during a storm which ravaged the islands in February 1936.  She had been moored in the port since striking Uranae Rock, 15 miles northeast of the port, on 12th March 1913, following an attempt to round Cape Horn.  Four members of her crew had been lost overboard and she had been severely damaged.  Hitting the rock tore a foot-long hole in her bottom and made a six-foot break in her keel. Even though she was sinking, her skipper, Capt. Peter Julius Hoegh, managed to get her into the harbour, where she was condemned.

Despite having survived in her present resting place for 85 years, as one of the sites to see in the Falklands,  FMHT Trustee, Mensun Bound, believes urgent action is needed if the wreck of the Lady Elizabeth is to survive:

“Lady Elizabeth is one of the finest surviving examples in the world of a 19th century, British-built, all-iron, inter-oceanic sailing ship. She is the quintessential Cape Horner and has become the dominant iconic symbol of Port Stanley. Some might even say the Falklands. She is our Eiffel Tower, Statue of Liberty and Tower Bridge rolled into one. For me on a fine evening, nothing beats watching the sunset over the Two Sisters with the Lady Liz in the foreground. But she is made of perishable metal, and cannot be a joy forever. In places she is now paper thin. People talk of saving her as a museum, but for a community of our size and limited means, that is not realistic. But what we could do is have a rescue-plan in place that would allow for the recovery of certain key features - the anchor deck with the fo’c’sle below, the main deck house with its galley and bunk room and, of course, the poop area with its steering mechanism. If nothing is done, the Lady Elizabeth will one day sink into oblivion, just like the Capricorn and Jhelum.” 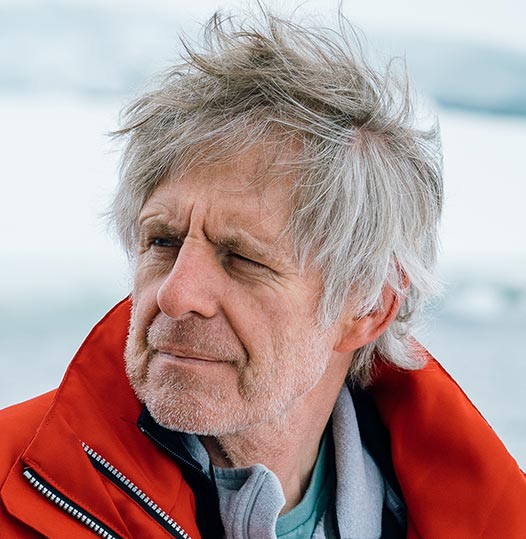 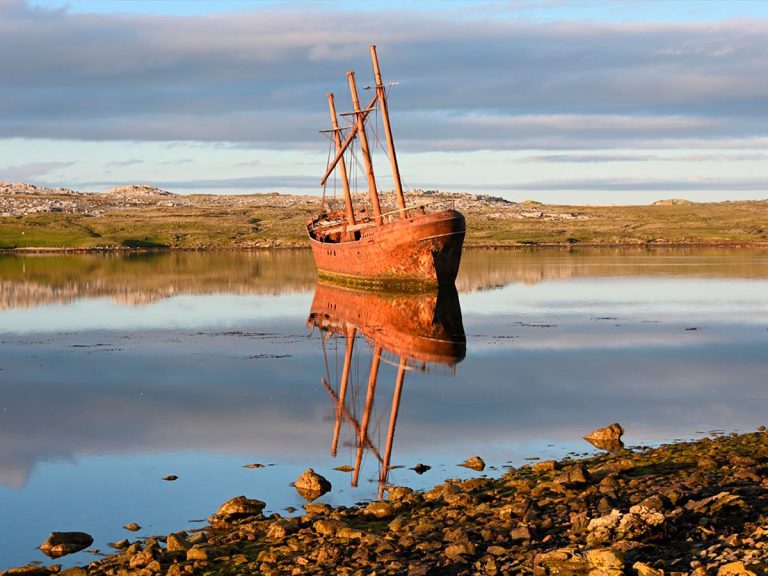 See more stunning photos of the Lady Elizabeth interior as well as the Actaeon and Garland, taken by Falkland photographers.

See more photos
PrevPrevious news item
Next news itemNext
We use cookies on our website to give you the most relevant experience by remembering your preferences and repeat visits. By clicking “Accept”, you consent to the use of ALL the cookies. For more information read our Cookie Policy
Cookie settingsACCEPT
Manage consent