The Trust is pleased to announce that it is to organise and fund a new search for Sir Ernest Shackleton’s Endurance, the ship that disappeared under the ice in the Weddell Sea in November 1915. It intends to submit to the UK Foreign, Commonwealth and Development Office an application for a permit to conduct a mission to the Antarctic in February 2022, to look for the missing wreck. FMHT also intends to sign a charter agreement with the South African Government (the Department of Environment, Forestry and Fisheries) for the use of the South African research and supply ship SA Agulhas II.

The expedition, called Endurance22, is due to depart from Cape Town in early February 2022, a month after the 100th anniversary of Shackleton’s death on 5 January 1922 in South Georgia in the South Atlantic.

In January 1915 Endurance became trapped in the ice, stranding Shackleton and his crew. Ten months later, after drifting around the Weddell Sea, subject to the constant crushing pressure of the ice, on 21 November 1915, she sank. How Shackleton and his men then made their escape on foot and in lifeboats across the frozen wastes made the explorer a legend of leadership. All survived to tell the tale and turned a disaster into one of the most extraordinary and heroic stories of survival of the 20th Century.

Endurance22 will face long odds in its quest to locate, survey and film the wreck, which is thought to lie in about 3,000 metres (9,843 feet) of water. The last expedition to reach the wreck site, in 2019, was forced to abandon the search by encroaching sea-ice and loss of equipment.

Leading the Endurance22 expedition will be British polar explorer, Dr John Shears, who also led the 2019 expedition, and Falklands-born maritime archaeologist, and a Trustee of the Falklands Maritime Heritage Trust, Mensun Bound. A team of 50 will be on board the SA Agulhas II, including the British-born American explorer, Richard Garriott, who made headlines in 2008 when he joined a Soyuz mission to the International Space station as a private astronaut. In March 2021, Garriott, who is President of The Explorers Club, tackled the depths of the oceans, when he dived in a submersible a record-breaking 10,973m (36,000ft) into the Mariana Trench in the Western Pacific.

Finding where to search for the wreck of Endurance is not the problem; the ship’s captain, Frank Worsley, logged the position using a sextant and a theodolite. The main obstacle to getting to the site and locating the wreck is the ice. SA Agulhas II, her Master and Ice Pilot showed their capability by reaching the site in 2019 despite warnings that one ship could not achieve that on its own. The search team will use advanced underwater technology to locate the wreckage – specially built hybrid Autonomous Underwater Vehicles (AUVs) called Sabertooths fitted with High-Definition cameras and side-scan imaging capability. Made in Sweden by SAAB and operated by the underwater search specialists, Ocean Infinity, the Sabertooths can search and map huge patches of ocean floor to depths of up to 4,000m (13,123ft) sending the data to the surface in real time.

If the ship cannot get close to the wreck site, the Expedition plans to create one or possibly two ice camps, where holes will be drilled through the sea ice, and the Sabertooths lowered to try and locate, survey and film the wreck.

According to Mensun Bound, the wreck of Endurance should be “lying on flat terrain that has been undisturbed either by erosion or by underwater landslides”. Sediment deposition is also expected to be low. “It has probably been falling at a rate of less than 1mm a year,” says Mensun, “so it’s not going to be covered by sediment.”

FMHT Trustee Mensun Bound speaking from the Weddell Sea in 2019

Following the Weddell Sea Expedition of 2019, in which SA Agulhas II brought a search team to the site of the sinking, the wreck of Endurance was given protection as a Historic Site and Monument by the Parties to the Antarctic Treaty. The search by the Endurance22 team will therefore be non-intrusive and the Sabertooths will not be equipped to take samples from the wreck or the surrounding seabed. Instead, Mensun and his fellow searchers will use the Sabertooths’ state of the art cameras and scanners to undertake a high-resolution digital survey of the wreck to find out what Shackleton’s team had to abandon in 1915, including a biology lab located below decks. When last seen, a microscope was there and glass sample jars lined the walls. 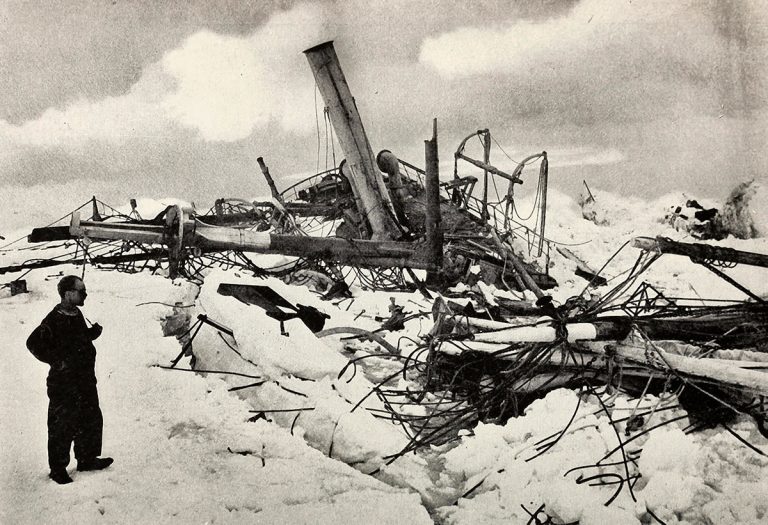 “What happened to those jars and what was in them, and is the microscope still there?” asks Mensun. “And what happened to Alexander Macklin’s diary?”

Macklin was one of two surgeons on Endurance and helped train the 69 dogs who were on board. He kept a detailed record of what happened after the ship became trapped in the ice. Macklin was also with Shackleton when he died of a heart attack in Grytviken, South Georgia on 5th January 1922. His expedition diary was left behind when the ship was trapped in the ice.

Mensun Bound believes that finding the wreck of the Endurance will answer another long-asked question: “Did the ship break in two when she hit the ocean floor?”

For Expedition Leader, John Shears, Endurance22 will be a chance to conclude some “unfinished business”. “The 2019 Weddell Sea Expedition came so close to finding Endurance and I’m confident that we have learnt the hard lessons from our past experience. “After two years of meticulous planning for the new mission, I believe we have a great chance of finally finding the wreck deep under the ice of the Weddell Sea,” but only by returning to the same spot will we know just how close we were,” says Shears. “If we do locate Endurance, it will be a fantastic moment.”

Sabertooths with state of the art cameras will be used to survey the wreck of Endurance
Explorer, Richard Garriott will be joining the Endurance22 expedition

FMHT intends to ensure that the entire Endurance22 expedition will be shared around the world via a unique link up with the US-based educational organisation Reach the World, which specialises in putting young people in direct contact with modern explorers. Find out more