10 years after the end of the Falklands War, in 1992, a British television production company, Fine Arts Productions, owned by the then presenter of the BBC’s Antiques Roadshow, Hugh Scully, made a four-hour TV series about the war for Channel 4 Television.  In making the series, the producers interviewed just about everyone and everyone who was involved in the run up to the conflict and the war itself.

Amongst the more than 65 people who were interviewed were all the politicians, Admirals and Generals who ran the war. These included: the then First Sea Lord, Sir Henry Leach, the Chief of the General Defence Staff, Admiral Lord Lewin, the ultimate commander of the retaking of the Falklands, Admiral Sir John Fieldhouse and the commander of the Royal Navy Task Force sent to liberate the islands, Admiral Sir John “Sandy” Woodward.

The archive, which only came to light recently and has not been viewed for almost 40 years, comprises around 250 videotapes, which will now be restored and preserved for posterity, and the people of the Falklands.  The tapes, which have been slowly deteriorating, will now be transferred to digital technology by the Trust and made available for public viewing at a later date. 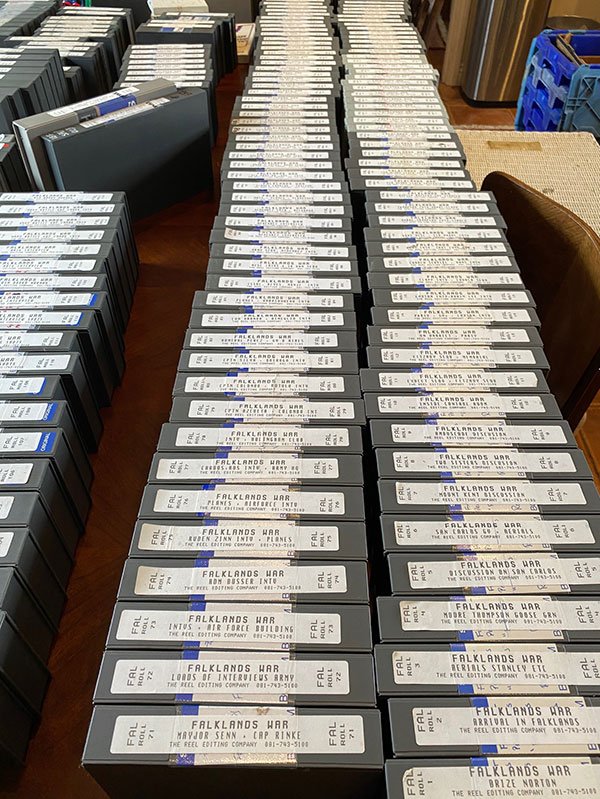 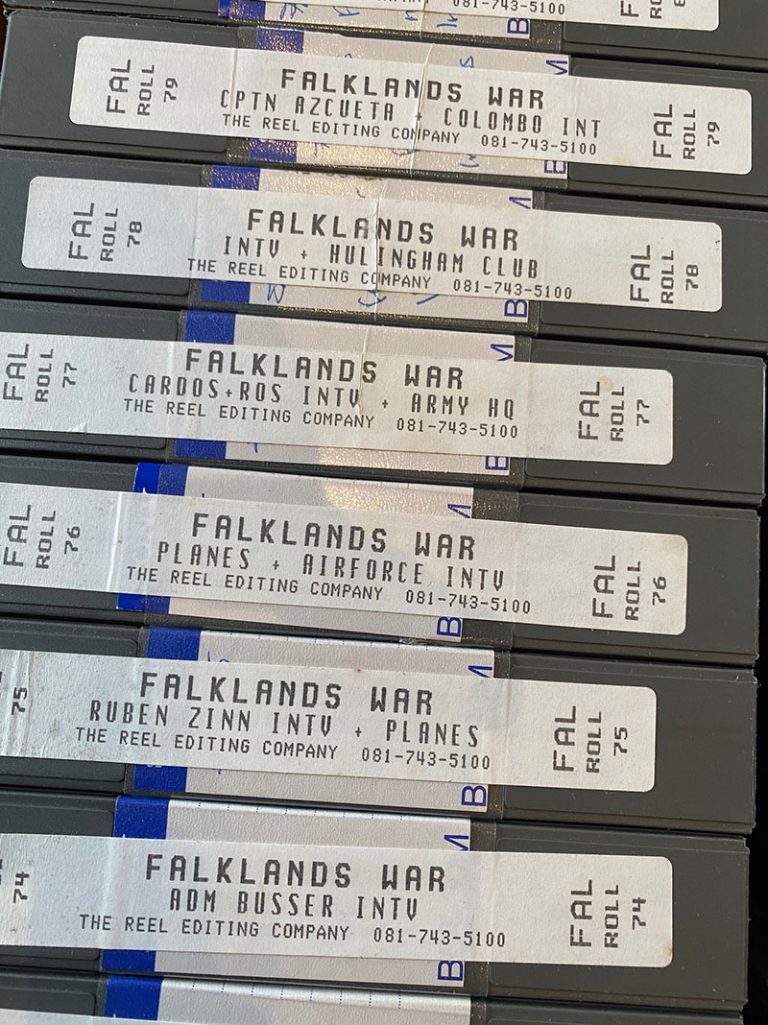 The archive contains many rarely told stories about the 1982 war, including first-hand testimony from Sir Henry Leach and the then Defence Secretary, Sir John Nott, about how Britain’s then First Seal Lord persuaded Prime Minister Margaret Thatcher to ignore advice that once invaded the Falklands could not be retaken by force and give Sir Henry the authority to put together a naval task force which could sail to the islands within a week.

Says Donald Lamont, FMHT Chairman: “The Falklands War was a crucial episode in the recent history of the United Kingdom and the Falkland Islands. The roles played by the Royal Navy and the Merchant Navy form an important part of the Islands’ maritime heritage. The Falklands Maritime Heritage Trust is pleased to have been able to acquire these tapes and to ensure that they can be preserved in a form that will allow Islanders, academics and the general public access to the unique accounts they contain of the War and the decision-making that led up to it.”